We had a fabulous two weeks in the Dominican Republic.  Enjoying the fruit and vegetables.  Eating out for under $10 for both of us.  Enjoying the $1.50 22 oz. beers - Presidente and Bohemia.  And touring around the island by land, taking several day trips to Puerta Plata, Sosua and Santiago.  We also made several great friends in Luperon, other cruisers, who we were sad to say good-bye to when the time came to leave.
Our return voyage back to the Bahamas from the Dominican Republic differed in two ways from the arrival:  seasickness and speed.  We left Luperon harbor just before sunset and had little time to adjust to the high, jolting seas before the horizon disappeared into the darkness.  Having the horizon to focus your eyes on is key in preventing seasickness when vigorously rolling back and forth in a boat.  Also, being on land and a very calm, still anchorage for 2 weeks, you begin to lose some of that sea tolerance to motion sickness.

We both had spent the past week recovering from a cold that we picked up while taking public transportation through the island.  Public transportation in the Dominican Republic consists of jumping in a Toyota Corolla (taxi) with 6 other people already in the car.  When you are use to being alone at sea, void of all germs, and then are suddenly thrown into a packed car where people are lapping up, germs are your worst enemy.  That being said, we had a rough voyage leaving the Dominican Republic.
About an hour into the trip, Mike said he wasn’t feeling too well.  I thought I was fine, but little did I know that I was getting seasick too.  In the end, I beat him to it, and threw up.  I thought I’d feel much better after puking, but quite the opposite happened.  I couldn’t stop throwing up and I was not much help to Mike at the helm.  At this point, Mike didn’t have many options, so he continued to steer the boat along with trusty Otto (our electric auto-helm; we treat as a crew member) through the night.  Meanwhile, I lay in misery on the floor with no strength to grab a pillow, still in my foulies, a puke bucket by my side and my head resting questionably close to Nelly’s rancid litter box that was way over due for a cleaning.
Yes, I did consider death.  It was a horrible feeling and I thought I’d be much better off dead than seasick!  I finally feel asleep and awoke in the Turks and Caicos a little after sunrise.  Mike was exhausted at this point, so I took over at the helm, feeling much better.  I’m glad seasickness is a rare occasion for me, it would be tough to travel feeling that sickly. 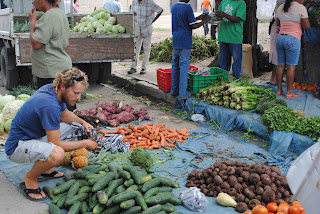 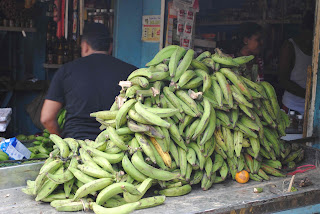 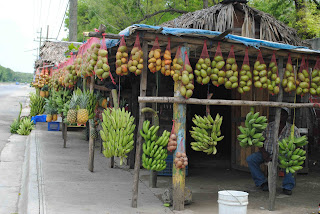 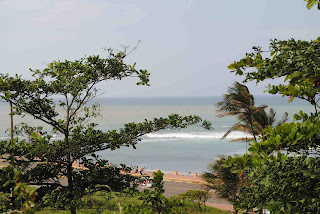 Posted by Sara Daubenberger at 8:26 AM