We set sail with our buddies Max and Laura on Twilight to cover some ground through the ‘Out Islands’, in search of adventure and high hopes of catching some Big Fish along the way.
Our route started when we met in the Jumentos continued on to Georgetown and then from there we headed on to Long Island, Conception Island, Rum Cay, back to Long Island, Crooked Island, Acklins Island and Samana Cay.  We covered hundreds of miles, caught many fish and feasted on elaborate dinners in the six weeks we traveled together.  You become friends quickly when you share meals, drinks and explore new destinations. 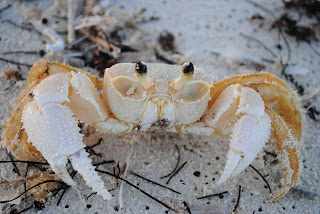 In Clarence Town, Long Island, we rushed for shelter from bad weather coming our way and also picked up Mike’s dad, Daubie, at the airport several days later after our Long Island roadtrip excursion.
Immediately after we set sail to Crooked Island as well as fixed the engine leak and tightened the keel bolts.  Using the tools and spare parts that Daubie brought with him to the Bahamas.  (Note: The engine is now fixed, no more diesel leaks, but we still try to sail as much as possible.  Mike and Daubie were able to tighten the keel bolts with the 1 ½ inch deep socket wrench and the boat is no longer leaking water into the bilge at an alarming rate!  Thank you Daubie.)
We arrived in Crooked Island, feeling like warriors of the sea, having caught a barracuda, an enormous sailfish and a 49” mahi mahi.  Mike was distraught about releasing the sailfish and not getting accurate measurements on it’s size, but his buddy Kevin reassured him that he can still get a replica made from the pictures to mount.  Where we are going to put this 6 ½ foot mounted fish, I am still unsure. 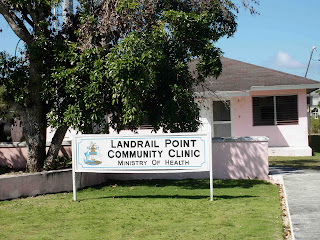 At Crooked Island, we stopped at Landrail Point and went into town to meet Willie, the renowned Bahamian cook.  Hans’ had met Willie nearly eight years ago during his sailing travels and had worked for her at her restaurant (the one and only restaurant in Landrail Point – Gibson’s #2 Restaurant). 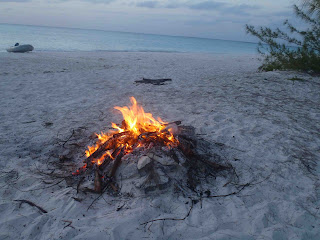 Next stop, French Wells, twelve miles south of Landrail Point.  The gang, Daubie, Max, Laura, Mike and I spent a couple days here exploring and doing the usual: snorkeling, fishing, dinging through estuary’s, cooking, and hanging out on the beach.  The beach was a gorgeous white sandy beach over three miles long, which made for great morning beach runs. 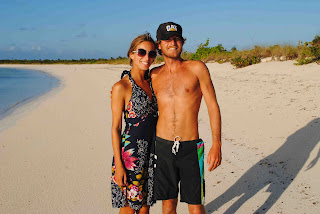 From there, we all headed back to Landrail Point and then on to Atwood Harbor on the north end of Acklins Island.  This anchorage rates in the top 3 so far of all the harbors and beaches that we’ve been to.  It was over a mile long with perfect white sand and beautiful shells and snorkeling and fishing.   We stayed here for several days, enjoying our time.
After a couple days, we decided to try and hike into civilization on Acklins into Chester’s.  Here we met another great Bahamian, amiable, animated and boisterous, named JJ.  He picked us up on the side of the road and asked us if we were lost, then offered us a lift to the nearest bar.  Practically everyone in town seemed to show up, about 8.  We had a drink and then made plans with JJ to see him the next morning for lunch aboard Twilight. 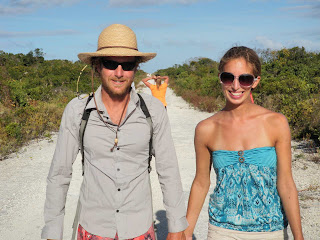 The next day, JJ took us out on his 16-foot Carolina skiff and we managed to collect 24 conch in a mater of 15 minutes and then proceeded to dive for lobster practically 100 yards from our boat.  Here we’d been traveling great distances in the dinghies in search of lobster, only to find out they were right next door!  That afternoon we had quite the assembly line on the beach, cleaning all 12 conch that we kept.  That’s a lot of conch at one time for two boats, but Laura and I had grand plans of freezing many of them for later.  Daubie even roasted one over the open fire as they were being cleaned.
On to Samana Cay the next morning.  We didn’t leave anchorage until 10am and had to sail close-hauled up to the Cay (sailing close-hauled is sailing as close to the wind as possible, which is difficult in the ocean because of large swells and wind waves).  When we arrived, the east entrance appeared to be closed out by heavy surf and we were not willing to risk the boat, so we aborted that plan and headed to the west entrance.  It turned out not to be much better, but we bit the bullet and dodge the numerous coral heads through shallow waters and made it into the calm anchorage.  We were happy to have made it in and not be completely shut out and heading back south to Acklins that night.
Late the next morning, Twilight arrived with over a ton of gear and supplies that they carried up for JJ.  The people on the island had not had supplies brought in for a while.   When they go out to the Cay to collect cascarilla bark (the bark used to make Campari, medicines and cosmetics) they have to plan to be there for at least a month and pack accordingly.  It is a deserted island, except for the few people squatting on the land harvesting the bark.
JJ met up with us and again we reaped the benefits of the sea.  He speared a Nassau grouper for dinner, which was 25 pounds or more!  I didn’t even know you could spear fish that large!
We were invited to dinner at JJ’s shack and he prepared the meal: grouper fingers, lobster salad, crab rice, and coconut bread.  What a feast, he was quite the host.  We even had live entertainment that started out with a few jokes and turned into who could out do the other with the best joke.  JJ’s were hilarious and he’d repeat the punch line at least three times, laughing at them more and more.
Bad news, weather is not sounding good.  We listened to the Chris Parker weather report on our single side band radio and it sounds like a strong Norther is going to be heading our way in the next couple days.  Time to move on earlier than expected.  We studied the charts and couldn’t find any decent protection in the Out Islands, so we made the decision to head back north.  We say our goodbye’s to Twilight, and 25 straight hours later, Cat Island it is!
Posted by Sara Daubenberger at 11:41 AM